We've moved from Amboseli to Mt Kruger Safari Club, which was beautiful but our stay was too short, and from there we continued to Lake Nakuru National Park where we're spending 2 nights which is great for a change from one night here and one night there.  Following is just a brief overview


- Next we found 3 grazing white rhino by the side of the road.  We were no more than 6 feet away from them looking down on them from our prime viewing position. 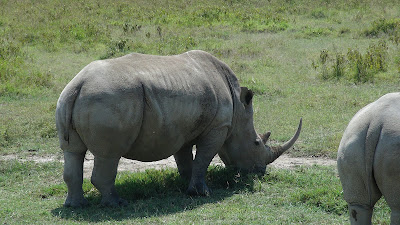